The daughter of Maud Lewis, Catherine.. 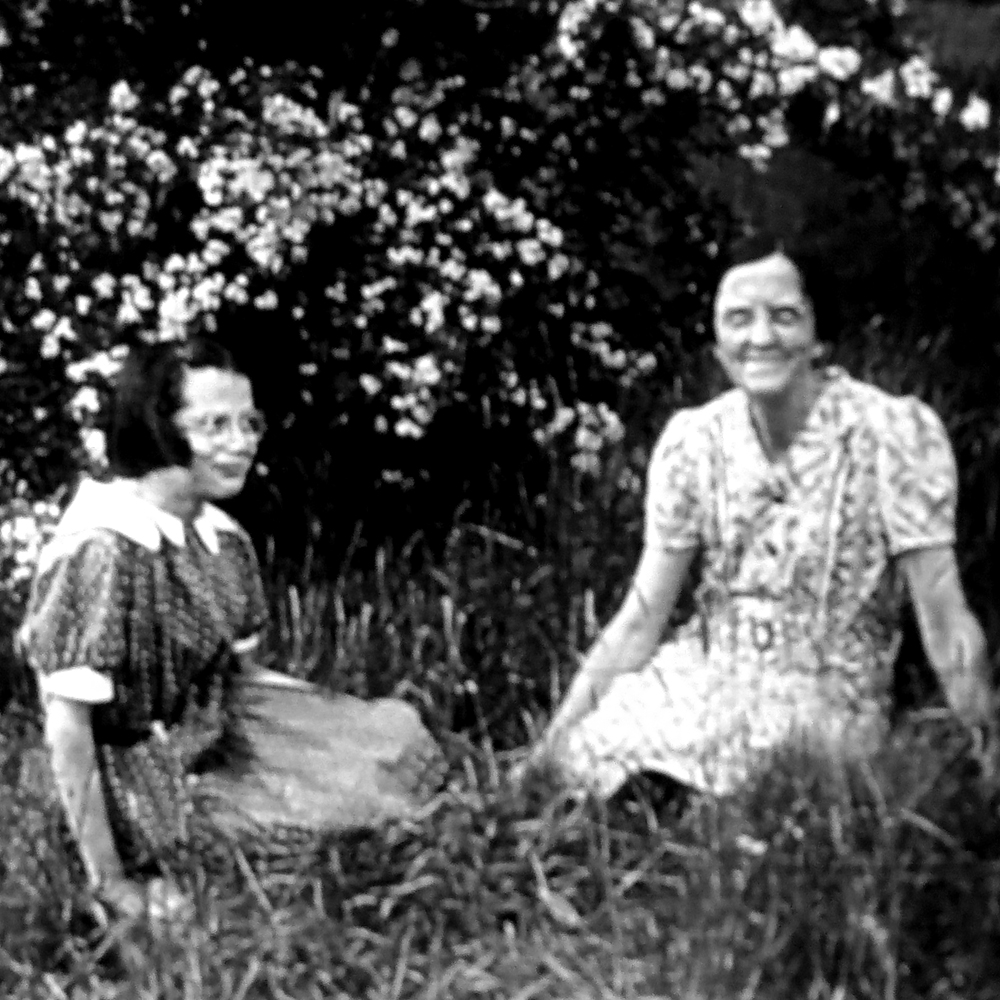 The daughter of Maud Lewis, Catherine Dowley, with her adoptive mother, Mamie Crosby.

Spencer Books, publishers of the biography Maud Lewis:  The Heart on the Door, has shipped four copies to the grandchildren and great-grandchildren of the famous Nova Scotian folk artist, Maud Lewis.  The connection was made through John Muise, Maud’s great-grandchild, who is distributing the books in Ontario.  John is the grandchild of Paul Muise of Nova Scotia, who married Maud’s child Catherine Dowley in Yarmouth County, Nova Scotia in 1949.  Catherine Dowley, named for her mother Maud Catherine Dowley (later styled “Maud Kathleen Lewis” and “Maud Lewis”) had been raised by the kindly Alvin A. Crosby and his spouse Mamie Crosby.  The accompanying photo of Catherine Dowley and adoptive mother Mamie Crosby is provided courtesy of the family of Paul Muise.  A brief biography of the meeting of Maud Lewis and her daughter Catherine may be found in Maud Lewis: The Heart on the Door by Lance Woolaver.  Woolaver is the author of this first biography of Maud Lewis, the picture book (with Bob Brooks) The Illuminated Life of Maud Lewis (Nimbus Publishing), the feature N.F.B. documentary film of the same name, and the much-produced play Maud Lewis: World Without Shadows.

Review of Maud Lewis: The Heart on the Door by Elissa Barnard, Local Xpress

May 23, 2017 Maud Lewis: The Heart on the Door is new biography that’s ‘dark at every turn’ Lance Woolaver’s new 500-page book is an in-depth look at the painful and impoverished life of Nova Scotia’s most famous folk artist. 343 Apr 2, 2017 2:16 PM by: Elissa Barnard Maud Lewis depicted a colourful rural life in paintings that she […]

BOOKSIGNING AT ZWICKER’S GALLERY ON SATURDAY APRIL 15 at 2:00 P.M.

April 12, 2017   Lance Woolaver, playwright and author will be at Zwicker’s Gallery, Halifax this Saturday with a few last copies of the new Maud Lewis biography The Heart on the Door.  Lance will also be on hand to sign copies of his hit play Maud Lewis: World Without Shadows, as produced by the CBC, Neptune Theatre, […]

April 6, 2017 Watch for an upcoming Global TV segment on the recent interest in Maud Lewis and Nova Scotia folk art.  Interviews were conducted on April 5 and 6 by Ross Lord, Atlantic Correspondent to News at Six.

Portia to Be Produced in Ontario

March 21, 2017 Portia, Lance Woolaver’s hit musical about the great Nova Scotian contralto, Portia White, is being produced in August at the Victoria Playhouse in Pretrolia, Ontario.  David Hogan, the Stratford director, will direct.  The play opens on August 15, 2017.  This is the third production of the play.

March 19, 2017 Halifax author, Lance Woolaver will be signing his new book, Maud Lewis the Heart on the Door, at Zwicker’s Gallery, Halifax, Nova Scotia, Easter weekend. Check this website for exact times. The first edition of Lance’s biography of the famous Nova Scotia folk artist has now sold out. “We were very happy with the response […]